Are you a fan of Sonic, Tails, Shadow and Co? Then you are exactly right here! The models are fun to build and decorate.

Sonic the Hedgehog is one of the most popular video games series and media franchises of all time. The video game was released back in 1991, and from there one quickly became one of the most beloved games. The game itself revolves around an anthropomorphic hedgehog with blue fur, Sonic. The main antagonist of the story is Doctor Eggman, a mad scientist. On our website you can find these two characters alongside other important characters.

Nanoblock are original micro-sized building blocks with dimensions that can reach a mere 4x4x5 mm! The models are so small that they can easily fit in the palm of your hand. The set contain detailed step-by-step building instructions. When you are finished building a set, you will find additional blocks as a bonus.

The creativity and inclination for beautiful arts of the Japanese nation is mirrored in the level of details that Nanoblocks contain. The entire celebration of skills have made the Rising Sun Country a nation of artists. You can also master the virtues of patience, concentration and creativity with your own Sonic the Hedgehog Nanoblocks set.

And if you ever wonder what else you can build with these micro-sized building blocks the answer is anything your mind and imagination can think off. If you are a Nanoblock devotee you will discover the joy of shaping many wondrous and mythical creatures. You can be a music star with their own musical instruments. With Nanoblocks sets you can have all the great architectural feats in your home, on your desktop. The satisfaction of completing one of these construction blocks sets is immeasurable.

The three most prominent series of Nanoblocks released by Kawada are Mini Collection, Sights to See and Advanced Hobby Series. The first set contains the most beautiful animals, insects and maritime creatures found around the world. It also contains different hobbies such as music instruments and daily life objects. Sights to See set is one of the most fascinating one as it brings you the great wonders of modern times to your home. In this set you can find buildings such as the Louvre and Opera House. The biggest series is the Advanced Hobbies collection and it's the same as Sights to See just at a more difficult level and bigger scale. It also brings new and fascinating projects such as Titanic, Space Shuttle or Statue of Liberty. All of the bricks have the perfect size, “the smaller the brick, the better the build” is Kawada’s motto.

Sonic the Hedgehog Nanoblocks kits were released in Japan on June 23, 2020 being distributed by Sega Store. The release coincides with the date that Sonic made its debut on the Genesis 1991. In that year the first SEGA game was released in North America. A month later the game became availabe in Japan and Europe too.

For those of you who wonder how hard it is to construct a Sonic the Hedgehog Nanoblock set the answer is not that difficult. But which is the hardest Sonic the Hedgehog Nanoblock to build? Rejoice, as all the sets have the difficulty level 2 out of 5. This implies that they are very easy to build. They still pose a challenging task, so rest assured that you will have fun while playing with them.

Kawada, the company that makes Nanoblocks, has a policy to provide joy, excitement and enrichment for all people, whatever the age. Sonic the Hedgehog Nanoblocks sets bring you all of this and even more!

Sort by:
Best sellers Relevance Name, A to Z Name, Z to A Price, low to high Price, high to low
Showing 1-6 of 6 item(s) 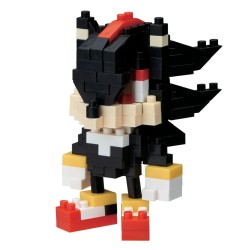 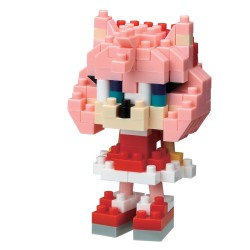 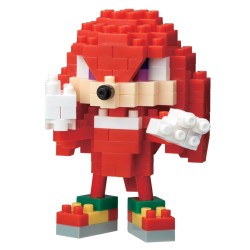 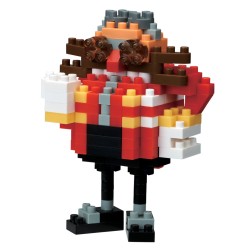 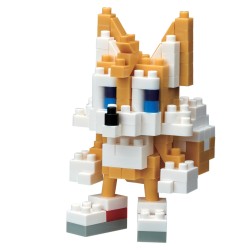 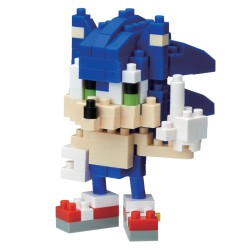